eDream is grateful for the support of the following projects by generous donors.

eDream wishes to thank Jerry Fiddler and Melissa Alden for their generous support for teaching and research. Jerry Fiddler is an alum of the University of Illinois. He and his wife Melissa Alden reside in Berkeley, California. Their gift has allowed us to fund student research and to award particularly noteworthy students with the Fiddler Innovation Fellowship. 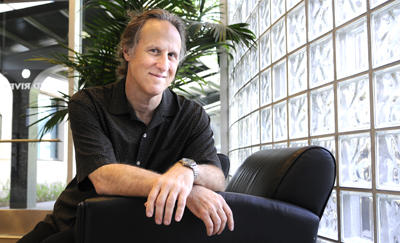 Jerry Fiddler, U of I alum, supporter of eDream, and principal of Zygote Ventures, has helped create and grow a number of companies, as CEO, director, chairman, investor, and advisor. Mr. Fiddler is the founder of Wind River and was CEO and Chairman for 23 years. After its establishment in 1981 in Fiddler's Berkeley garage, Wind River grew to become the leading provider of device software worldwide, with over $400M in annual sales, and market cap well over $1B. He is on the board of directors of TerraVia, formerly Solazyme, a biotech company working with algae for energy, industrial, and health applications. Solazyme is the first company in the world able to make production quantities of biodiesel and other algal oil products.

Jerry and others in a panel discussion about Entrepreneurship and Transformative Thinking,
Sept 19, 2014 View video (from NCSA Creativity Space to Krannert Center for the Performing Arts and its Performance Spaces): NSF with in-kind support from NCSA and CITES, 2009