One of the goals of eDream is to encourage and support creative practitioners. These are well-recognized artists employing digital technologies in their creative productions. Their research exemplifies the type of innovation that eDream is helping to engender at the University of Illinois.” Colleen Bushell is a designer working in the area of visual analytics, specifically information design and software interface development. Currently, she is focusing her research on the analysis and communication of genetic data and disease risk for scientists, clinical physicians and patients. In addition to her support as an eDream Fellow, she receives funding from the Mayo Clinic – University of Illinois Alliance, and NCSA. She continues her interest in teaching by working with students in the NCSA SPIN program who are pursuing projects in data analytics.

Previously, she was Director of Product Development and Design at RiverGlass Inc., an NCSA spin-off company that produced text analysis software used by organizations such as the NFL, Illinois State Police, Archer Daniels Midland, and the Bill & Melinda Gates Foundation.

From 1986-2004, Bushell was a visualization and software development researcher at NCSA. Her work included data visualization for many scientific disciplines; design of the interface for Mosaic, the first Web browser; design of the National Workplace, the first Web-based office space for the office of Vice President Al Gore; and co-development of a visual programming interface for NCSA's data mining software.

Bushell has also been a tenured professor at UIUC in Graphic Design, and received the College of Fine and Applied Arts Outstanding Faculty Award in 1999. She has consulted for General Motors, McGraw-Hill, Netscape and other corporations, and has been invited to speak at places such as the Mayo Clinic Individualized Medicine Conference, MIT Media Lab, Illinois Institute of Technology and the Hungarian Academy of Design. 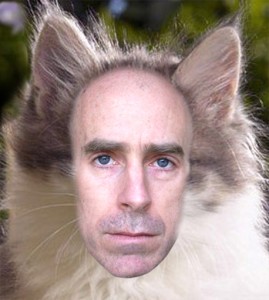 Deke Weaver is a writer-performer/media artist. His interdisciplinary performances and videos have been presented in Australia, Brazil, Canada, Europe, Russia, and the U.S. in experimental theater, film/video, dance, and solo performance venues such as PBS, Channel 4/U.K., New York Video Festival at Lincoln Center, Berlin Video Festival, MoMA/NY; Museum of Contemporary Art, LA; HERE, Dixon Place, PS 122, The Moth, Roulette, Judson Memorial Church, Tonic, Galapagos & many others. A resident artist at Yaddo and HERE, a two-time resident at Ucross, a four-time fellow at the MacDowell Colony, and a three-time recipient of NEA regional film/video grants, his work, described as “explosive” (SF Weekly) and “brilliant” (The Village Voice) has “handcuffed a secure storytelling knack to a performance style that pushes the energy envelope toward hyperventilating madness” (Sidewalk.com).

Weaver’s life-long performance undertaking, The Unreliable Bestiary, was one of 41 projects selected from 2068 applicants to be awarded a 2009 Creative Capital Grant. ELEPHANT, The Bestiary’s second performance, was supported by a Center for Advanced Study Fellowship, major research awards from the Univ. of Illinois, and was included in the 2011 Sundance Film Festival.

Additional recent highlights include publication of his essay on live performance, “The Aura of Bad Maps” (Text and Performance Quarterly, October 2009), inclusion of his performance The Polar Bear God in the DVD magazine ASPECT: The Chronicle for New Media, tours of his work (The Land of Enchantment, 2006; The Crimes & Confessions of Kip Knutzen, 2008; The Land of Plenty, 2010) and 2010 performances at HERE (NY), UCLA (LA), and Links Hall (Chicago). As a Links Hall 2010 Artistic Associate he curated DIRT – a performance series about how we shape the land and how the land shapes us. From 1999-2005 he was the Senior Animator for the Showtime Networks’ Broadcast Design Group. Currently he is an Associate Professor in the School of Art+Design’s New Media Program at the Univ. of Illinois, Urbana-Champaign.

WOLF: The third chapter in The Unreliable Bestiary
unreliablebestiary.org
www.dekeweaver.com 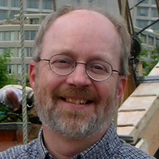 Gerald Guthrie received a BFA from the University of Wisconsin-Milwaukee (1973) and a MFA in Printmaking from the University of Illinois, Urbana-Champaign (1977). He has been involved with many art-making technologies through the course of his career, including drawing, printmaking and kinetic sculpture. His interest in 3D modeling and animation began in 1996 and best serves a career-long goal to create and disseminate metaphorical narratives.

Guthrie’s current professional work and research addresses ubiquitous questions that cannot be definitively answered. Many of these questions are woven into the fabric of culture and become the basis for such uniquely human pursuits as religion, ethics, philosophy, politics, and science. As such, he attempts to identify and exemplify many of the inscrutable mysteries of everyday life by utilizing common threads of recognition and understanding. He then directs the viewer to pointed, open-ended questions with a belief that the act of wondering, but not knowing, is a most critical component of the conceptual and esthetic experience.

Guthrie teaches animation and foundation studies as a Professor in the School of Art and Design at the University of Illinois at Urbana/Champaign. His digital animations have screened and won awards in over one hundred national and international film festivals, including the Melbourne Animation Festival (2011), Anima Mundi (2010), The Seattle Film Festival (2011), the Denver Film Festival (2010) and the Prix Ars Electronica International Festival of Arts and New Media (2008, 2010).

His current project involves the creation of philosophy machines, designing an unusually large low-powered microscope and visualizing the beauty of animal life not visible to the naked eye.