eDream sponsored a visit (March 15-16) from JoAnn Kuchera-Morin, Director of the AlloSphere Research Facility and the Center for Research in Electronic Art Technology (CREAT) at the University of California at Santa-Barbara, where she has served as faculty for the past 25 years. 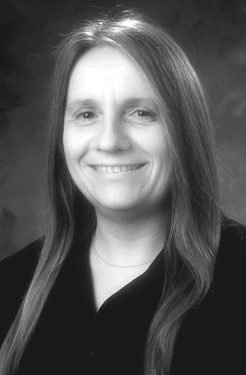 JoAnn began her creative life in higher education as a composer, an innovative and successful one.  She has grown her creative vision across traditional disciplinary boundaries to embrace complex systems at the far reaches of human understanding.  ﻿It is in part to explore such systems that she built the AlloSphere, a "30-foot diameter sphere built inside a 3-story near-to-anechoic (echo free) cube," one of the "largest immersive scientific instruments in the world" that enables "true 3D, 360-degree projection of visual and aural data" as well as "sensing and camera tracking for interactivity" for up to 20-30 collaborators at a time.  The AlloSphere, however, not only enables new means of scientific discovery, but it also provides "an instrument for the creation and performance of avant-garde new works and the development of entirely new modes and genres of expression and forms of immersion-based entertainment."  JoAnn's personal research currently involves sonifying the Schrodinger Equation with nobel-prize winning physicists. 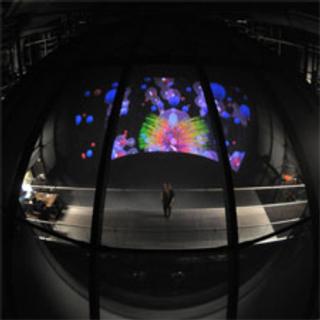 In her IACAT Director's Seminar talk, "Using the Creative Process as a Computational Framework for Unfolding Complex Systems," JoAnn spoke passionately and convincingly about the new scientific thinking, and a return to the experiential and experimental methods of discovery, that the AlloSphere enables.  NCSA recorded the talk, which can be viewed below.  (JoAnn has also spoken at the International TED Conference.  That talk can be viewed here.)

What is the importance of the AlloSphere and projects of this kind?

I'm reminded of Roger F. Malina's recent editorial column in Leonardo, in which he makes the case for the "open observatory" movement (his manifesto for the moment can be accessed here).  Open observatories, he writes, are about disseminating "methods and knowledge for micro science, intimate science, people's science and crowd sourcing."  They  "allow small communities to develop locally generated knowledge and to evolve rapidly to confront" real problems facing our societies.  They are not a space for scientists alone, but for "artists collecting data for cultural and artistic purposes, as well as community leaders and researchers seeking ways to mediate personally meaningful access to scientific knowledge."

The open observatory enables the  shared creation of knowledge using play as a method and, in this case, synthetic materiality as a vehicle.  Its remit is to make science "intimate, sensual, intuitive," to enable us to "manipulate concepts not grounded in" our experience as children (42.3, June 2009).   For Malina, and perhaps for JoAnn Kuchera-Morin as well, this is one means of connecting modern science and public understanding and ultimately for transforming the world.