Where does digitla arts media fit within the fine arts tradition?  Denis Dyack , president of gaming powerhouse Silicon Knights, made a case for naming video gaming the "eighth art" at a recent conference, Interacting with Immersive Worlds, held at Brock University (Ontario Canada) and reported on Silicon Knights official blog by a Film Studies professor there, Barry Keith Grant. 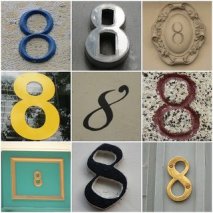 The philosopher Hegel (German, 1770-1831), in his Lectures on Aesthetics, is credited with having defined the five ancient arts as architecture, sculpture, painting, music, and poetry.  Italian early film theorist Ricciotto Canudo modernized poetry as literature, added dance, and offered cinema as the seventh art.  For Canudo (wiki), in his "Reflections on the Seventh Art" (1923), cinema was a synthesis of the rhythms of space (architecture, sculpture, painting) with the rhythms of time (music, literature, dance).

Like video games, cinema began as a popular entertainment, and the form was tainted by its very popularity, or low-brow cultural status. "Serious" actors (actors trained for the stage) disdained working in movies, because it wasn’t considered "real" acting, i.e. their performances could be built in bits, through editing. In film, “serious” actors were under the impression that they did not have to "act," but merely be in front of the camera. Although this attitude no longer holds, it is still the common view about synthespian performance in film now…

Early cinema was content to show movement, no matter what it was. Around the turn of the century, early films by the Lumiere brothers had titles like Train Entering a Station, Boat Leaving the Dock, and Feeding the Baby. Movies were at first motivated by spectacle alone. For this reason, historian Tom Gunning calls early film a "cinema of attractions." But as audiences became familiar with moving pictures, more than movement was needed, and so movies began to concentrate more on content, on story and character. Similarly, video games now are seeking to move beyond just good graphics and the mere capability of interactivity, to content-driven games, where story is important and integral to gameplay.

Someone once asked science-fiction writer Theodore Sturgeon (who wrote several Star Trek episodes, including the famous "Amok Time" that introduced the Vulcan mating ritual) how he could defend science fiction as 90-percent of it was crap. Sturgeon responded that 90-percent of everything is crap, but that the remaining 10-percent may be great. This has since become known as "Sturgeon’s Law," and it applies to video games as well.

We can expand Dyack's notion of the eight art from gaming to a whole host of digitally-based interactive arts, what we generally call digital arts media.  Video gaming may be the most commercially successful form, but it is also perhaps the latest to express and act on an ambition to experiment with fine arts form and content.  I think there is no question that video gaming has the capacity to do so.  Whether there will ever be as thriving a trade in the equivalent of "art house" cinema in this area of creative practice (i.e., art games) remains to be seen.  Reframing video gaming as another form of digitally-based interactive arts will certainly help gaming with its case for legitimacy within the art world and its publics.  It will also help academic arts educators to include the form in their curricula, since they now resist it, tending to view gaming programs as offering uninspired apprenticeships for the studio equivalent of a factory production line.  Ultimately, however, digital gaming's acceptance as an art form will depend on fine examples of innovative work, ones that give us new modes, new dimensions of human experience.

Higher education has an opportunity here to mature this medium from popular entertainment to an art form that expands and deepens human experience.  eDream has taken up this challenge, and so has Denis Dyack.  At E3 this June, Silicon Knights announced it has partnered with McMaster University (already a leader in Digital Humanities), the Art Gallery of Hamilton (AGH), and Mohawk College to launch in 2011 "a new research institute around interactive digital media that will pioneer and shape cutting-edge advances in the interactive entertainment arena" — called "Eight: The Hamilton Institute for Interactive Digital Media."   According to the press release, the institute is built to capitalize on the digital creative industries' economic success: "The council of Canadian Academies has identified new media as having the greatest momentum and the highest growth prospects of Canada.  Worldwide the digital media sector is one of the fastest growing industries in the knowledge economy, projected to be valued at US $2.2. trillion over the next five years."  As the yiddish proverb says, love (perhaps in this case we might say "art") tastes sweet, but only with bread — or perhaps can taste sweet because of bread.

As a side note, a ninth art has also been proposed by a "fringe" fine art community, which has been making its own case for legitimacy as an art even more successfully over the last few years — comics books / graphic novels.  This success has been both artist / collective and theory driven (with the great spark to theory given by Scott McCloud)–even if a few still view its potential and productions with skepticism.