eDream is in celebration mode this Spring, and with good cause.  Our technical-creative partner, the Advanced Visualization Lab, has two major outreach productions debuting: a permanent digital media exhibit at the Chicago Museum of Science and Industry and an IMAX science documentary in international release (from IMAX Space Productions, Warner Brothers, and NASA).

On March 18th, eDreamers and AVL team members alike attended the unveiling of the Chicago Museum of Science and Industry’s grand new exhibit series, Science Storms.  Its 26,000 square feet of hands-on digital media and mechanical exhibits that will electrify audiences young and old (literally — there’s a live Tesla coil suspended from the ceiling).  AVL’s tornado science kiosk features Director Donna Cox explaining atmospheric computational simulation and visualization while the lab’s famous glyph tornado turns in the background, with key elements slowly coming off and on (from color to grayscale and back) to show relationships with other elements (thanks to the wizardry of AVL multimedia specialist Jeff Carpenter).  The kiosk (with interface design by Cortina Productions) also allows visitors to create interactively the right conditions for a tornado and see just how big of a vortex they’ve produced.  University of Illinois atmospheric scientists Bob Wilhelmson, Brian Jewett, and Glen Romine were integral to the science-based design process.  On-screen material from the kiosk is also displayed on a large vertical projection screen just across from the kiosk.   An artist’s pre-visualization of Science Storms, below, looked like the real thing — we were amazed how spot-on it truly was! The unveiling reception for exhibit creators included firedancers from Pyrotechniq and a short film that pumped up the crowd with images of scientists exploring the natural world in all its vastness, complexity, and glory.  Two hours later, we were still going through all of the amazing exhibits.  The MSI project leaders and educators have hit this one out of the park.

But there’s more!  Coming up on April 15th, eDream will host a gathering of University of Illinois VIPs, families, friends, supporters, and alumni for the Chicago premier of Hubble 3D IMAX, a science documentary that tells the story of the Space Shuttle Atlantis crews repair and upgrade of the Hubble Telescope in Spring 2009, just in time for its 20th anniversary (this follows the earlier March 18th international premier, which AVL creators attended at the Smithsonian National Air and Space Museum).  The film features live action shots of the five spacewalks the crew completed and filmed with a special IMAX camera.  Their co-star is space itself, featured in two long, continuous shots produced in collaboration with the IMAX Space Productions creative team, the Space Telescope Science Center (especially Frank Summers), and Spitzer Science Center.   Together, these luminous, detail-rich, stellar sequences–from the Milky Way to the Cosmic Web and from Orion the Hunter to the Orion Nebula–make up over 20% of the film.   Although Hubble 3D IMAX will show at Navy Pier for seven months, it will continue to tour and be shown for at least a decade more. 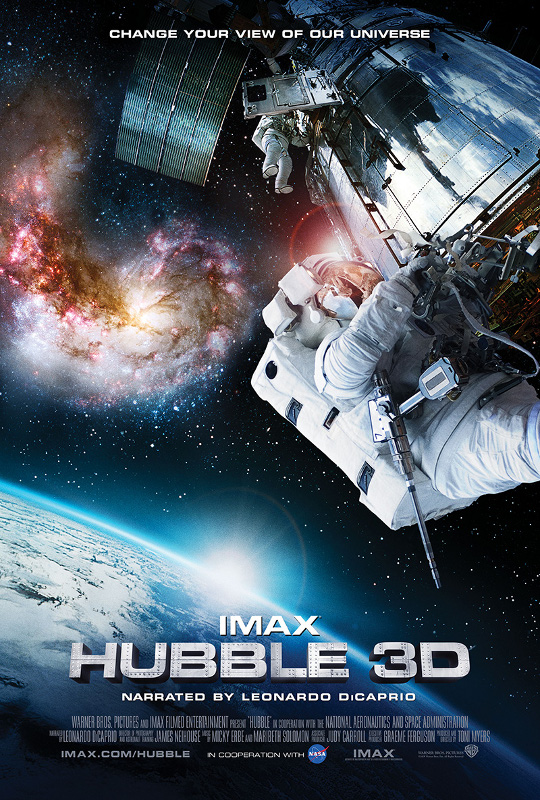 Congratulations to AVL on these accomplishments!  They will be with us for years to come.